“Textbooks on the psychology of women tend to confirm the everyday observation that women are in general less assertive than men, have lower self-esteem, less overall confidence, and poorer self-concepts.[Note 24] Certainly, everyone understand how painful it is to have low-self-esteem or too little confidence. Let us pursue this: What, precisely, is the character of this pain?

Several years ago, I taught an upper-level extension course in a suburban high school. [..] There is nothing unique about the classroom I am about to describe: I have observed in other classrooms what I observed here. […]

Though women are in the majority, they were noticeably quieter in class discussion than the men. The men engaged freely in classroom exchanges and seemed quite confident–in view of the quality of some of their remarks, over-confident. Women who did enter discussion spoke what linguists call “women’s language”: Their speech was marked by hesitations and false starts; they tended to introduce their comments with self-denigrating expressions (“You may think that this is a stupid question, but . . .”); they often used a questioning intonation which in effect turned a simple declarative sentence into a request for help or for affirmation from without; they used “tag” questions which had the same effect (“Camus’s theme in The Myth of Sisyphus is the absurdity of human existence, isn’t it?”) and excessive qualifiers (“Isn’t it true that sometimes, maybe . . .”).[Note 25] This style of speaking, whatever its substance, communicates to listeners the speaker’s lack of confidence in what she is saying, and this in turn damages her credibility.

In addition to their style of speech, I was struck by the way many female students behaved as they handed me their papers. They would offer heartfelt apologies and copious expressions of regret for the poor quality of their work–work which turned out, most of the time, to be quite good. While apologizing, a student would often press the edges of her manuscript together so as to make it literally smaller, holding the paper uncertainly somewhere in the air as if unsure whether she wanted to relinquish it at all. Typically, she would deliver the apology with head bowed, chest hollowed, and shoulders hunched slightly forward. The male students would stride over to the desk and put down their papers without comment.

[…] It became clear to me that many women students were ashamed of their written work and ashamed to express their ideas in a straightforward and open manner. Indeed, it would not be unusual for a student just to say, “I’m really ashamed of this paper,” while handing it to me. I have no doubt that these utterances were accurate reports of feeling. At the same time, I suspect that they were rituals of self-shaming undertaken in order to bear more easily a shaming they anticipated from me: An ordeal is often easier to endure if we can choose its time and place. These apologies serve to underscore the students’ desire to do well in the course, hence, to get into my good books and, by arousing pity in me for such evident emotional distress, to soften my judgment of their work. Behind a facade of friendliness and informality, two very different dramas of relationship to the teacher were being enacted: The men regarded me as a rival or as an upstart who needed to prove herself; the women, as potentially a very punitive figure who needed to be placated and manipulated.

Given the extent to which psychotherapeutic discourse has permeated ordinary speech, it might seem more natural to say that my female students displayed not shame, but “feelings of inadequacy.” In point of fact, it is difficult to distinguish the two. To confess to “feelings of inadequacy” is to do more than merely acknowledge one’s limitations: It is to admit to having done some suffering in the contemplation of these limitations. I would not say, for example, that I had “feelings of inadequacy” in regard to auto mechanics. What I feel in regard to my ignorance of auto mechanics is indifference, not anguish. If, however, I say that I feel inadequate in regard to something, I imply that according to my own lights, I ought not to be inadequate in regard to this thing and that my real or punitive inadequacy pains me. But what is this pain but a species of psychic distress occasioned by a sense of the self as lacking or diminished–just the definition of shame offered earlier? “When you lack what you do not want, there is no shame.”[Note 26]

It seems to me that the demeanor of my female students in that suburban classroom bore the characteristic marks of shame, of a shame felt directly or anticipated: In their silence, the necessity for hiding and concealment; in the tentative character of their speech and in their regular apologetics, the sense of self as defective or diminished. The fear of demeaning treatment could be seen in the cringing before an Other from whom such treatment was anticipated; shame could be read even in the physical constriction of their bodies.

Now if the primordial structure of shame is such that one is ashamed of oneself before the Other, who is the Other before whom my female students were ashamed? Since I have a kindly and permissive style and make a point of never subjecting my students to ridicule, let us assume for the sake of argument that I am not this Other. The identity of this Other, whoever it turns out to be, will be hugely overdetermined, for women in a sexist society are subjected to demeaning treatment by a variety of Others; they bring to the classroom a complex experience of subordination and an elaborate repertoire of stereotyped gestures appropriate to their station. One wonders too whether there is any relationship between women’s shame–both the same that is directly linked to embodiment and the same that is not–to the persistence of religious traditions that have historically associated female sexuality with pollution and contagion. But whatever the character of this overdetermination, it remains the case that female subjectivity is not constructed entirely elsewhere and then brought readymade to the classroom: The classroom is also a site of its constitution.” 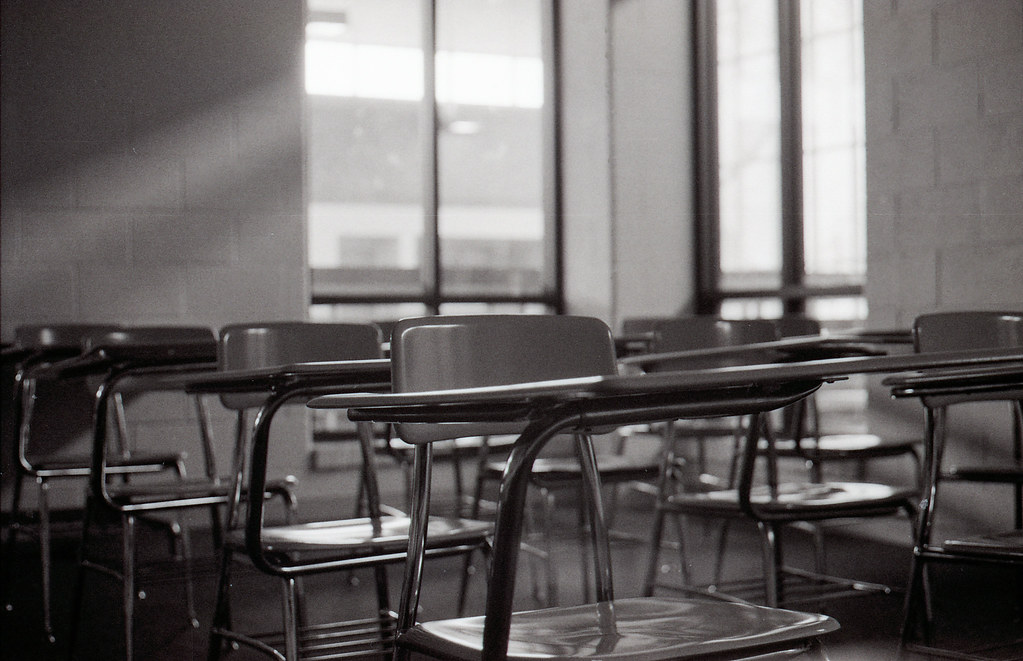