“Bacchi (1999) has been concerned for some years with the ways in which terms like ‘domestic violence’, ‘sexual harassment’ and ‘violence against women’ reflect particular representations of problems that often obscure or distort what the problem actually is. […] I suggest that one of the key problems for addressing sexual and other forms of violence against women is that men are not explicitly named or addressed as perpetrators of violence in government policy documents and anti-violence campaigns even though this is implicit in their framing (Seymour, 2012). For example, in relation to men’s violence against women at home, many government policies and programmes frame it in gender neutral language as ‘domestic violence’ or ‘family violence’. Likewise, in relation to rape, many prevention approaches define it as a crime committed by a few criminally minded individuals rather than as an expression of patriarchy and a problem of gender hierarchy (Bevaqua, 2000). The Personal Safety Survey carried out in Australia by the Australian Bureau of Statistics (ABS, 2006) found that 126,100 women had experienced sexual violence by men in the previous 12 months. Furthermore, while rape by strangers late at night does happen, studies reveal that the majority of rapes and sexual assaults are committed by men who are known to the victim (Bevaqua, 2000).

As Howe (2008) observes, to name violence against women as men’s violence incites a strong backlash. Exclamations are made that ‘not all men are violent’, ‘women are violent too’ and ‘men can also be victims of violence’. While Howe (cited in Duncanson, 2009) has noted that it is not acceptable to explicitly name men’s violence against women in non-feminist forums, based on my experience at many violence prevention conferences, it seems to have also become difficult to name it in some feminist forums as well. As Castelino (2010) has noted, from her observations and experience, women sometimes behave differently when men are involved in anti-violence work. They sometimes feel the need to be more careful about how they speak so as not to offend men, and they alter their arguments and language in meetings when men are present. 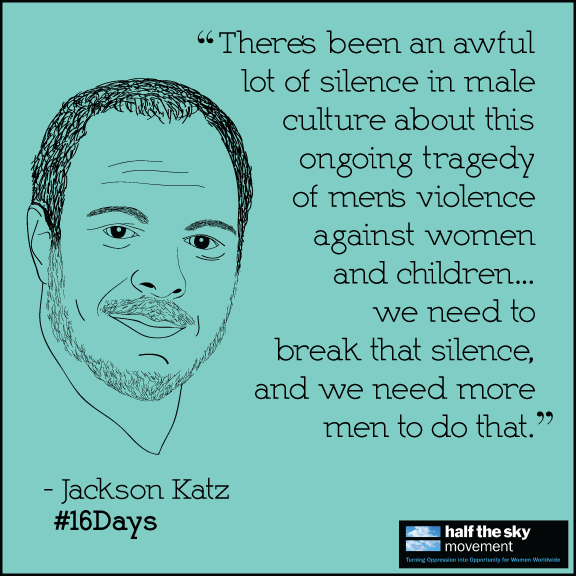 Violence has both interpersonal and structural dimensions (Hearn, 1998); however, the structural dimensions of men’s violence are often neglected in policies and programmes aimed at preventing violence. Howe (2008) argues that in a feminist frame, men’s violence against women is inextricably part of a gendered social order and is not a sign of breakdown of that order. In her view, it is not possible to eliminate violence against women while unequal gender power relations remain intact. When violence is identified as the problem to be addressed, the wider context of unequal gender relations tends to be ignored by policymakers. When we focus on sexist and violent behaviours without locating them within their social context, we ignore the social system that constructs them.

Hearn and McKie (2006) challenge the premise in many policies addressing violence against women that men’s violence against women is atypical. Further, to the extent that men are named, Hearn and McKie (2009) observe that policy representations of violence against women tend to frame the issue as a problem of atypical men. The emphasis in most policy responses is on individual responsibility and choice of the perpetrators of violence (Seymour, 2012). Of course not all men are physically violent towards women; however, it is important to acknowledge the benefits that men receive from a society which tolerates men’s violence.

Central to my argument here is that the feminist framing of men’s violence against women as a systemic problem of patriarchy and an unequal gender order has been co-opted and reframed as a problem for law reform (Gotell, 2010). Moreover, policies promoting educative programmes are predominantly based on psychological models that are focused on attitudinal and behavioural change in individuals, rather than structural change (Gavey, 2005). Men’s sexual violence against women must be located within the patriarchal model of sexuality which naturalises the domination of women by men (Gavey, 2005). By patriarchy, I refer to various forms of male domination and men’s systemic exploitation of women that acknowledge cultural differences and intersections in a transnational gender order. Men’s sexual violence against women must also be located within the dominant form of masculinity which confers sexual privileges on men that in turn legitimate rape myths (Bevaqua, 2000). The well-documented myths about rape have been shown to be related to men’s heterosexual instrumentalism whereby men engage in ‘behaviors which reflect and sustain the expectation that all heterosexuality must be practiced with explicit requirements of dominance and subordination’ (Schacht & Atchison, 1993, p.39). It is these socio-cultural and systemic structural concerns that prevention must address if it is to be effective in ‘changing the world’.”

2 thoughts on “What Is the Problem?”