[This article primarily analyzes 28 Days Later, The Walking Dead, and Shaun of the Dead; each film has its own section – of roughly 9 paragraphs – in this essay: “An origin of sentimentalizing family in a zombie apocalypse: 28 Days Later”, ““My husband is back, and he’s alive”: Mapping the recuperation of family”, and “The quest for family in rom-zom-coms”, respectively.] 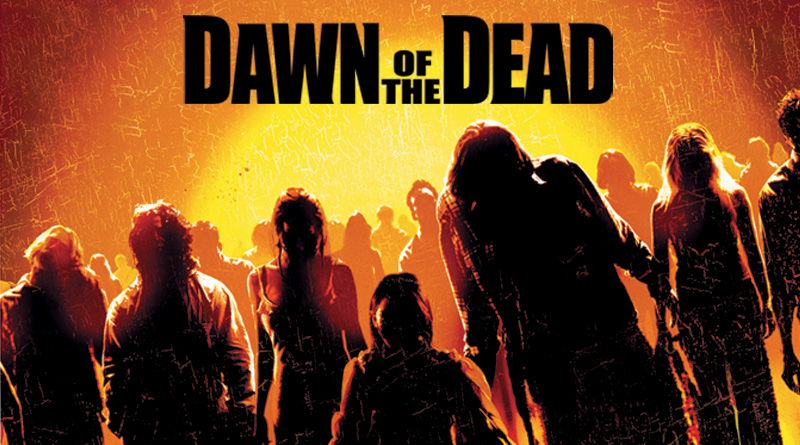 “While offering a morbid critique of dominant structures, the zombie apocalypse also wipes the slate clean. Usually, a handful of uninfected humans survive the apocalypse, and, as Williams (2014) argues, “begin a new society devoid of traditional class, racial, family, and gender structures” (p. 272). These survivors “reject Western sexist and racist formations and move toward a future postcapitalist world where hierarchical barriers no longer exist” (p. 272). Similarly, Wood (1986) asserts that the ending of Dawn of the Dead, with its two survivors—a Black man and a pregnant White woman—escaping in a helicopter to an uncertain future, offers the hope for “a new social order [and] a new structure of relationships” (p. 121). Patriarchal structures crumble in the face of the zombie apocalypse and “the old order is dead as is the traditional family” [. . .] One analytic overlooked by Williams, however (despite Romero offering ample critical material to consider), was heteronormativity. In fact, a heteronormative logic undergirds almost every “family horror film” analyzed by Williams. The tendency for horror films to reimagine familial structures—while leaving their underlying heteronormativity intact—has become ever more pronounced in the 21st century.

The zombie apocalypse narrative echoes familiar themes from our contemporary context by elevating the heteronormative family, while also highlighting the demotion of the public. The economic and political agenda in which “all forms of social solidarity were to be dissolved in favor of individualism, private property, personal responsibility, and family values” (Harvey, 2005, p. 19) plays out in contemporary zombie films and TV. Families, in these ideological formulations, are figured as the only refuge from a competitive and hostile set of political realities. In zombie narratives, where the institutions of state and civil society collapse, the family seems an indispensable sanctuary, even for those poking fun at the genre.

These visions of familial reconstitution in the zombie apocalypse express some unique views on gender and race in neoliberal ideology as well. The original screenplays of 28 Days Later and Zombieland as well as the television adaptation of The Walking Dead present scenarios at times in their narratives that seemingly destroy the possibility of trust in other members of the community. The heteronormative family becomes the sole locus of trust and the only source of stability. Where the zombie refuses the normal categorization of the living and the dead, the persistence of sexual traditionalism remains a potent, almost irresistible salve to ease the anxiety of social competition and collapse in these motion pictures. Many female main characters in 21st-century zombie movies embody physical strength and emotional toughness in the heat of a zombie attack, while happily coupling in domestic tranquility after the threat has passed. This performance of both power and traditional femininity represents an ethos quite acceptable to contemporary ways of viewing women as capable and strong although still always essentially embodying feminine difference.

Like the wider genre of horror, zombie films can and do imagine alternatives, sometimes even radical alternatives, to our lived reality. But despite their multiracialism and their anticonsumerism, zombie movies rarely escape assumptions of heteronormative family as the chief social organization—assumptions that underpin contemporary cultural/political/economic life. While it is not impossible for these films to challenge such structures, they more typically help organize their rescue from an uncertain future, both on and beyond the screen. Mainstream 21st-century zombie films and television programs reinforce the idea that the heteronormative nuclear family is the only safe solution when faced with a threat, conjoining with a political culture that ideologically promotes the centrality of family for our well-being. Unsettling the dominance of a particularly conservative vision of the family in contemporary U.S. culture is a crucial scholarly and artistic pursuit, one that reminds us it is right and good for people to receive the support of all types of different communities.”

Cady, Kathryn A. and Thomas Oates. “Family Splatters: Rescuing Heteronormativity from the Zombie Apocalypse.” Women’s Studies in Communication 39(3):308-325. [References from Cady and Oates below (all links and pictures here and above are, of course, my own):]

“Restored by danger to what seems to be his proper role, Gerry [played by Brad Pitt, see left (from the film)] thrives, saving Karin [played by Mireille Enos, see right (from the film)] from looters, bashing zombies’ heads in, performing emergency battlefield amputations, and generally being a badass, while occasionally remembering to check in with his family in their makeshift home on a naval carrier. Karin, meanwhile, started out the movie being sensible and forward-thinking enough to snag flares from a grocery store, but spends much of the rest of the film snuggling her girls and an adorable Latino boy named Tomas.” (Rosenberg, 2013) [This quote is from the article as well.]