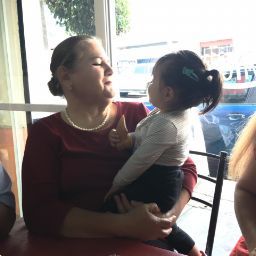 “Writing, reading, thinking, imagining, speculating. These are luxury activities, so I am reminded, permitted to a privileged few, whose idle hours of the day can be viewed otherwise [. …] Substantial creative achievement demands not necessarily genius, but acumen, bent, persistence, time. And time, in the framework of industrial development, means a wage that admits of leisure and living conditions that do not require that writing be incessantly interrupted, deferred, denied, at any rate subordinated to family responsibilities. […] Comparing her life one day with those of the women in area of the French Sudan, she was congratulating herself on not having to do a chore like theirs–pounding millet of the meals day in and day out–when she overheard herself commented upon by one of the woman nearby: “That girl makes me tired with her everlasting paper and pencil: what sort of a life is that?”

Doubts, lack of confidence, frustrations, despair: these are sentiments born with the habits of distraction, distortion, discontinuity, and silence. After having toiled for a number of years on her book, hattie gossett exclaims to herself:

Who do you think you are [to be writing a book]? and who cares what you think about anything enough to pay money for it . . . a major portion of your audience not only cant read but seems to think readin is a waste of time? plus books like this arent sold in the ghetto bookshops or even in airports?[Endnote 4]”

The same doubt is to be heard through Gloria Anzaldua’s voice:

“How hard it is for us to think we can choose to become writers, much less feel and believe that we can.[Endnote 5]”

4. hattie gossett, “Who Told You Anybody Wants To Hear From You? You Ain’t Nothing But a Black Woman!” This Bridge Called My Back: Writings by Radical Women of Color, ed. Cherrie Morraga & Gloria Anzaldua (Watertown, Mass . : Persephone Press, 1981), p. 175.